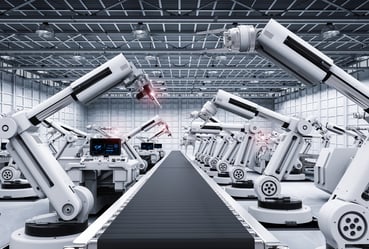 Cybersecurity poses a serious threat to the Industrial Internet of Things (IIoT) enabled devices and robotic automation equipment. Attackers who gain access to industrial networks have a number of devastating options available to them, from changing production data to causing harmful production errors.

Cybersecurity in the robotics field is still immature, but manufacturers are starting to realize the vulnerability that connected robots and automation equipment creates in their operations. For those seeking to beef up their cybersecurity and protect their business, there are a number of options available to them.

When it comes to cybersecurity, there’s no single “fence” that can be placed around all systems for full protection. Over the years, attackers have found ways to get around these barriers and will continue to do so. A hallmark of cybersecurity best practice lies in creating depth in IIoT architecture to discourage attacks.

Essentially, creating multilayered and multidimensional IIoT architectures means that attackers would have to break through many different levels in order to access anything of value. The time and difficulty of doing so is the primary deterrent – breaking into a deeply layered system is incredibly complex.

Companies also should be building cybersecurity protocols into each layer of the IIoT architecture for greater protection. For example, there are many components to a robotic system that could be protected for a defense-in-depth strategy. There’s the embedded operating system within the robot, as well as the application code that runs on the robot. There’s a wealth of communications code that processes commands to the robot. The robot will likely be connected to various PC-based systems, which may or may not have databases on them, including cloud servers or software that communicates to the robots and users over a web interface.

IIoT architectures, such as the one described above, may already be complex in nature, but still in need of protection at every layer of the system. 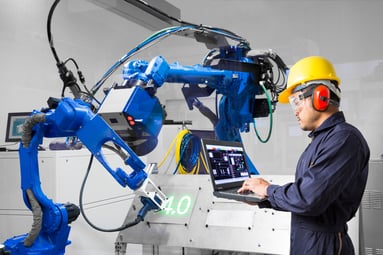 Cybersecurity is a real threat today. The potential impact of a successful attack can be devastating. Robot suppliers and manufacturers alike have to be vigilant and prepared. All IIoT and automation equipment must take cybersecurity into account.

Visit Radwell's Open Day on Thursday 12th September 2019 at our UK Facility based in Staffordshire anytime between 9am - 3pm.

UK Set to Lead the Green Revolution
What is Obsolescence in Manufacturing? Tips for Avoiding the Pitfalls
Manufacturing Post COVID-19: Marching Toward Innovation