Four Reasons Why Robotic Automation is the Future in Manufacturing

Robotic automation is the future for manufacturers of all sizes and can help them save money and time and even create new jobs that weren't previously available. 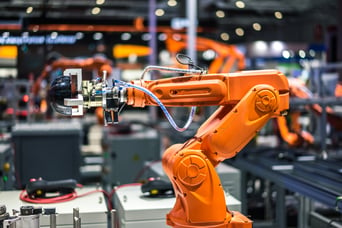 Robotic automation has found its way into many different areas in manufacturing. Robots perform tasks like welding, assembly, shipping, handling raw materials, and product packing. More manufacturers are leveraging robotic automation for a wider number of applications. Late adopters, who would clearly benefit from automation, are looking for answers to their questions: Are robots too expensive for our business? Is our business too small to make use of robotics? Are robots difficult to program and operate? Will robotics cost human workers their jobs?

The simple answer: No. Robotic automation, in fact, can be used across industries by many types and sizes of manufacturing businesses. Here are four reasons why:

1. Robotics save money and time

Robots first started being used in industry in the early 1960’s. Since then they’ve come a long way. Robots can now be installed in less time and for less cost than in previous decades. Increased sales have seen prices come down dramatically. Built-in state-of-the-art facilities, robots feature quality enhancements and regulated safety standards that translate to savings on labor costs and unscheduled downtime. Robots can also operate 24/7, increasing production minimizing downtime. 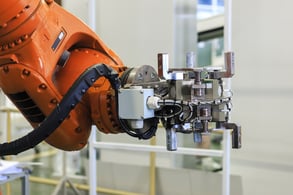 3. Robots are easy to program

One no longer has to learn complex programming languages to teach robots. Modern robots can be taught by two easy methods. The first method, offline programming, lets a user model a complete cell, or work area, and develop the sequence of moves for a task.

The second way robots can be taught is with a teach pendant. A programmer or engineer simply guides the robot through a sequence of steps. With some fine tuning, the instructions are stored. The robot runs through the program slowly to check for collisions with objects or humans. After multiple successful test runs, the robot is able to operate at full speed. 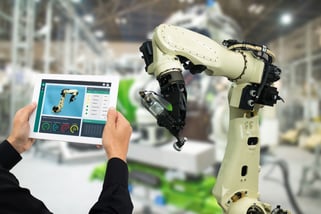 Many manufacturers have had to send jobs offshore because they couldn’t compete with low-cost foreign labor. Robotic automation now lets manufacturing compete by creating more jobs in robotics and associated fields. Programming, engineering, end-effector design, operators, data analysts, robot manufacturing, and systems integration are all needed. Humans are needed to help service the machines. Robots allow manufacturers to lower costs and bring jobs back to the United States, resulting in more jobs. Robots also protect workers from having to do repetitive, mundane, and dangerous tasks that could negatively impact their ability to work.

Robotic automation offers manufacturers growing opportunities to save on costs, enhance production, and remain competitive. The return on investment can equal growth that not only increases profits but creates jobs for a community and savings for customers.

This article appeared in Control Engineering. The article originally appeared on the Robotics Online Blog. Robotic Industries Association (RIA) is a part of the Association for Advancing Automation (A3), a CFE Media content partner.